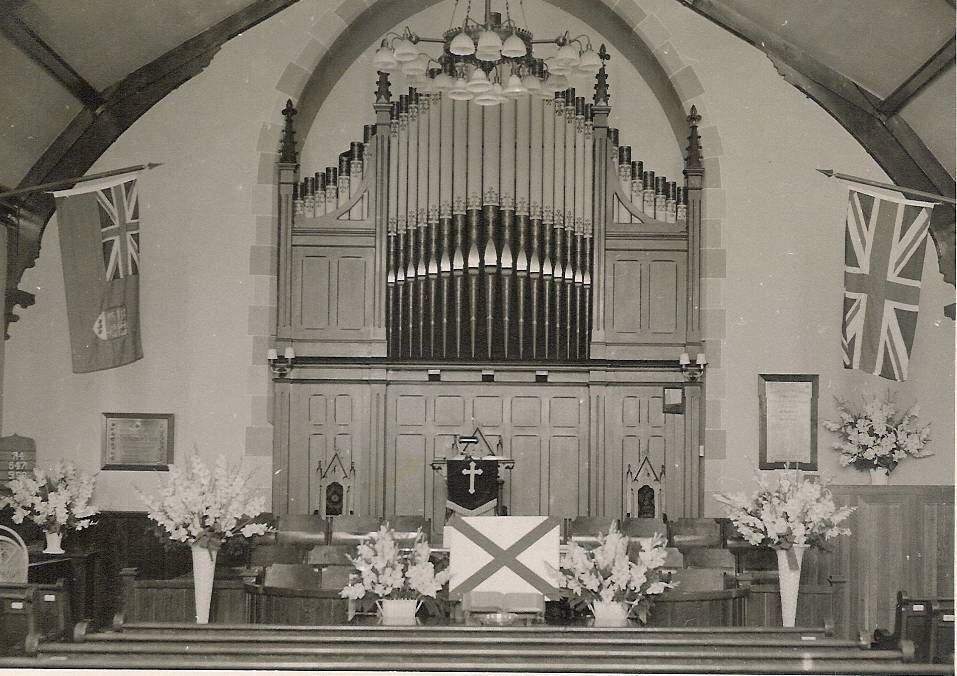 From the time of the early settlers until now, the Presbyterians have always held services. They first met in homes with ministers who travelled through the forests on horseback, then in several buildings in different locations.

By the 1830s a congregation had been formed and application to the General Assembly of the Established Church of Scotland for a minister was made. Rev Henry Gordon answered the call and in 1834 became the first resident minister.

Trustees were elected and steps were taken to build a church. It was a brick building forty feet long and thirty five feet wide standing sixteen feet high. It could seat two hundred people on narrow pews like long benches with open ends. These were rented to the parishioners.

After a delay during the 1837 Rebellion as it had been commandeered to serve as a jail, the “Kirk” was dedicated as St Andrew’s.

A second congregation know as the Free Congregation met in a Baptist Chapel on Garbutt Hill, under the leadership of Rev George Bruce. They soon outgrew this small facility and by 1874 convinced the members of the “Kirk” to unite the two congregations.

Land at the corner of Eagle and Water Streets was purchased from the Honourable Williams McMasters and a new building designed by John F Stokes was erected. It could seat four hundred people and Rev Bruce became the minister as Rev John Brown of the Kirk retired. The new St Andrew’s was dedicated February 28th, 1875.

Many changes not only to the building but also the worship services have been experienced over the years. Instrumental music replaced the Precentor and his tuning fork. Various organs were purchased with the first pipe organ being powered by water from the nearby river. With this change came hymn books which have been revised several times.

The interior has been altered until it now serves as a Church School classroom and the play area for a Nursery School.

As the congregation grew the house to the east of the church property was purchased in the 1950s and was used as church meeting rooms and the office. It served us well until the Christian Education wing was added in 1964 when everything was once again under one roof.

Before long the sanctuary could not accommodate the number of worshippers each Sunday. The first step to solve this was to go to two services, then look for new facilities. After many meetings and a diligent Building Committee, it was decided to renovate the Christian Education wing and build a new sanctuary. The new facilities were completed in 1992 when it was dedicated June 13th.

We continue to practice being a caring congregation seeking to share, show and speak about the love and joy of God under the leadership of our ministers and dedicated congregation.

A list of the ministers who have served at St. Andrew’s Presbyterian Church: 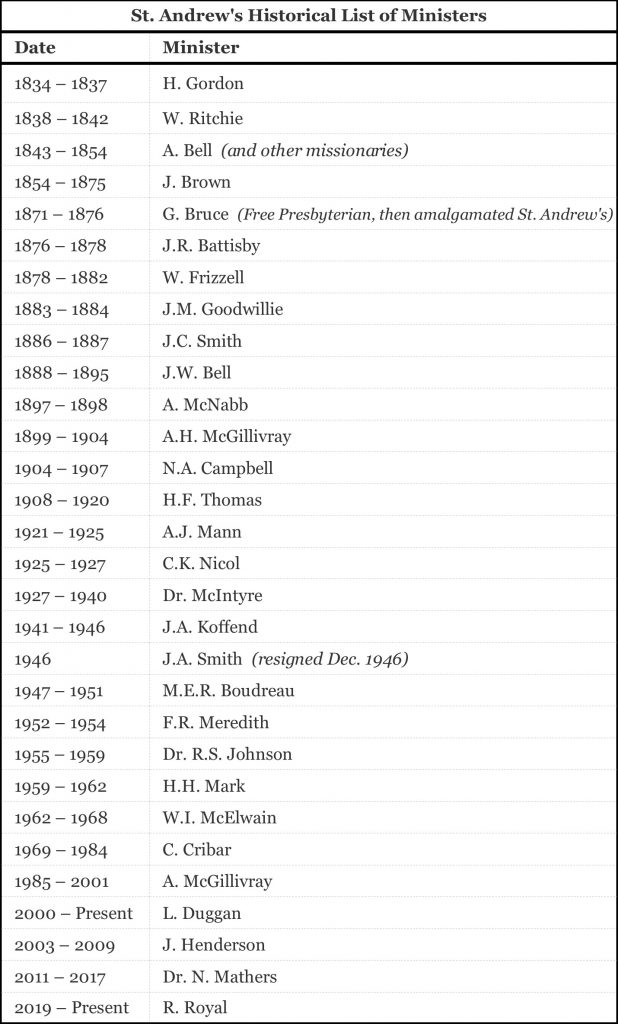